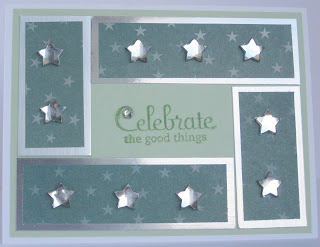 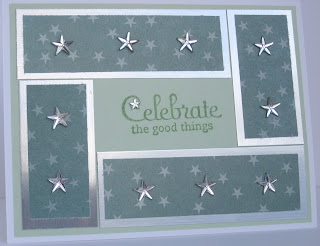 Yesterday's challenge post was to say Goodbye 2010.  I thought I had used 20 elements, but when I reread the directions, I discovered that the stamped image doesn't count as an element, so I added one more star gem.  I also didn't like the scanned image because it doesn't show the silver cardstock properly.  This morning, I took photos.  I also made a second card, using a different star gem.