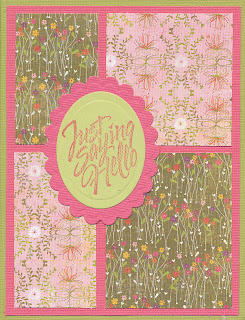 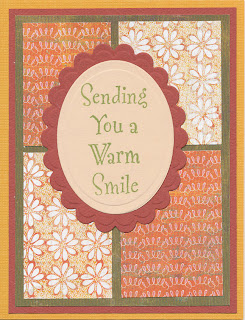 ﻿
I made a couple more cards from this same sketch as the last two cards.  I'm trying to get motivated to make cards again.

Grief, along with financial battles, make it hard to concentrate.  There is a lot involved in establishing my own status after being married for 32 1/2 years.  I had no idea that his first wife would come back to haunt me after all this time.  Apparently, she misses the security he gave her so long ago.  She gave it up before I met him and it seems unfair that she tries to get him back after his death.
Posted by Velda at 2:01 PM